On the 11th and 12th October 2022, the ENLIGHTENme consortium held its general assembly. Project partners had the opportunity to meet personally for the first time in greater numbers. It took place in Amsterdam, The Netherlands, which is one of the three ENLIGHTENme cities along with Tartu, Estonia, and Bologna, Italy, where pilot interventions on indoor and outdoor lighting will be implemented. For those who could not join in person, there was also the possibility to join remotely and it was a pleasure to welcome the members of the Scientific Advisory Board among the participants in this way.

Everyone was grateful for the opportunity to meet up with all the project partners they had already worked with so closely since the project started early last year. Besides getting to know each other better in the wonderful community settings of the Station Wildeman and Garage Notweg-The Beach, both located in the Wildeman area of Amsterdam, the partners focussed on sharing the progress made so far and defining the next steps for the different project activities over the next months. There was ample opportunity for lively discussions, especially as the project is now entering a crucial phase in implementing the outdoor lighting installations and the ENLIGHTENme study on indoor lighting to establish the relationship between urban lighting and human health and wellbeing on older citizens.

For this reason, the meeting took place in the Wildeman area, the chosen pilot area for the project in Amsterdam. Wildeman being chosen for its low socioeconomic status, partners were able to gain a better understanding of the lighting concerns and needs of older citizens and other vulnerable groups of the district. The outdoor lighting installations, planned to be fitted in early 2023, will focus on lighting a pedestrian footpath and open spaces that connect the residential area with the major commercial centre and transport links of the area. The path culminates in a footbridge where currently, the lighting and urban setting restricts older people in their movement in various ways. However, over the course of one year the research will try to establish in which way the lighting installation improves the usability of the path in general and the bridge in particular, also into the later hours of the day, especially during the darker months of the year. Don Slater, leader of this research activity and Associate Professor of the Configuring Light research group of the London School of Economics and Political Science, presented preliminary ideas for the lighting installation and took the project partners on a walking tour around the area which brought the local issues and needs to life and created a heightened awareness among the partners not directly involved in these activities.

In addition, and in parallel to the outdoor lighting installations, the ENLIGHTENme study is entering a crucial stage. Currently in the process of recruiting participants for the population-based study, also in the Wildeman area, it aims to establish how indoor lighting affects the health and wellbeing of older citizens, particularly the circadian entrainment in older people. Both research activities will also be conducted in Tartu and Bologna.

With these highlights the lively and productive meeting concluded. Everyone is looking forward to another successful year before coming together again in Bologna in 2023.

A big thank you goes to the City of Amsterdam, one of the ENLIGHTENme project partners, for the organisation of the meeting. 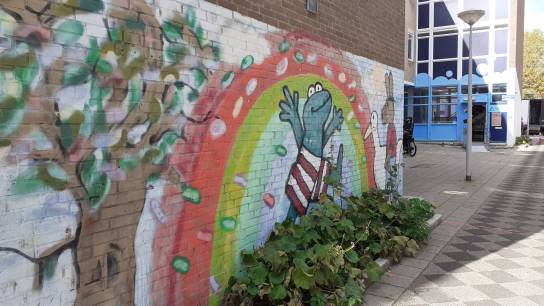 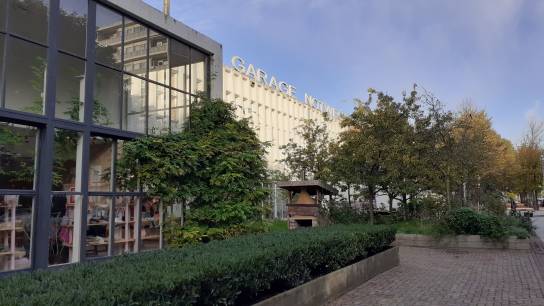 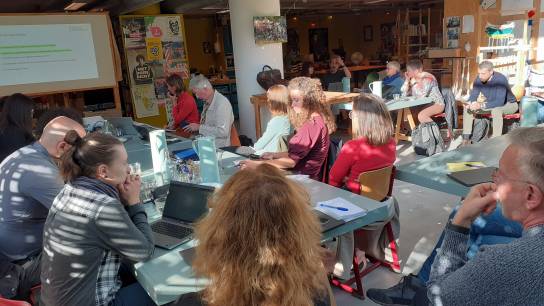 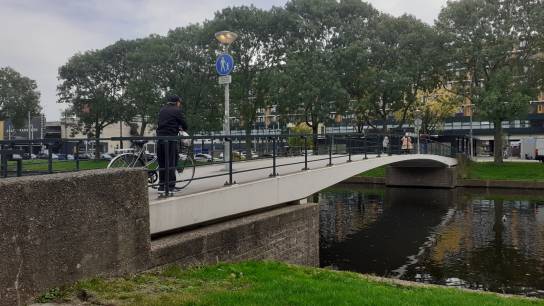 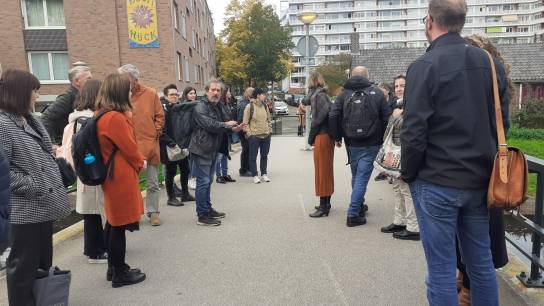 A guided walk through the Wildeman neighbourhood