One of the main vocations of the city is the promotion of participatory practices. Bologna as a 'collaborative city' is the central idea of an ecosystem which connects citizens, companies, associations, research centres and public bodies, working together in co-designing both urban environment and future city policies. Over the years, 'Bologna Collaborative City' has become an overarching policy that has led to the setting up of the Foundation for Urban Innovation, bringing together the Municipality and the University in fostering innovation through engagement and participation.

Participative and collaborative approaches also permeate the field of welfare policies, where the Municipality of Bologna is strongly committed to implement health promotion and illness prevention interventions through the Welfare and Community Well-being Promotion Department and, in particular, through the Healthy City Unit. The latter deals with the promotion of health with a special focus on vulnerable population target groups, in particular elderly people, children, teens and young people. Bologna is, in fact, the first Italian Municipality creating innovative synergies among public Institutions on the issue of prevention and health promotion by signing an inter-institutional Protocol Agreement with the University of Bologna, Sant’Orsola City Hospital, Bologna Health Agency and the local Board of Education in 2018. Implemented through a Steering Committee chaired by the Municipality, this Agreement has become a planning and strategic document aimed at co-programming and co-designing health promotion interventions at local level, with experts on health issues collaborating in 11 thematic working groups around healthy ageing, health and environment, promotion of physical activity, healthy diet, diabetes, cardio protection, etc.

The second city department involved in the ENLIGHTENme project is Public Works, and in particular the maintenance sector, dealing with management, development and innovation of electrical systems and public lighting as well as public works, conservation and maintenance of heritage buildings and structures for the city's public facilities.

At the international level, Bologna is active in different networks, such as the Covenant of Mayors, Eurocities, ICLEI, the Italian Healthy Cities Network – WHO, the Cities Changing Diabetes, the Unesco Creative Cities Network, and has participated in many European projects related to the topic of health and health promotion.

Role of the institution within ENLIGHTENme

The Municipality of Bologna participates in the project through the cooperation and involvement of various departments. The Welfare and Community Well-being Promotion Department with its Healthy City Unit, together with the Public Works Department, is involved in the creation of urban lighting and health maps at city level, aiming at identifying a short list of districts exposed to specific social and economic inequalities as well as urban patterns and light exposure in Bologna and at mapping the public lighting systems. In addition, the city of Bologna contributes to the establishment of the Urban Lighting Lab in the selected target district. The Urban Lighting Lab will be a tool for research, co-design and public engagement throughout the lighting intervention period, involving all relevant stakeholders, such as local residents, community groups, private sector, services, municipal professionals and policy makers. 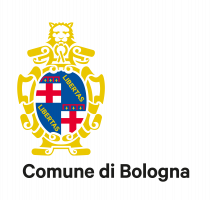