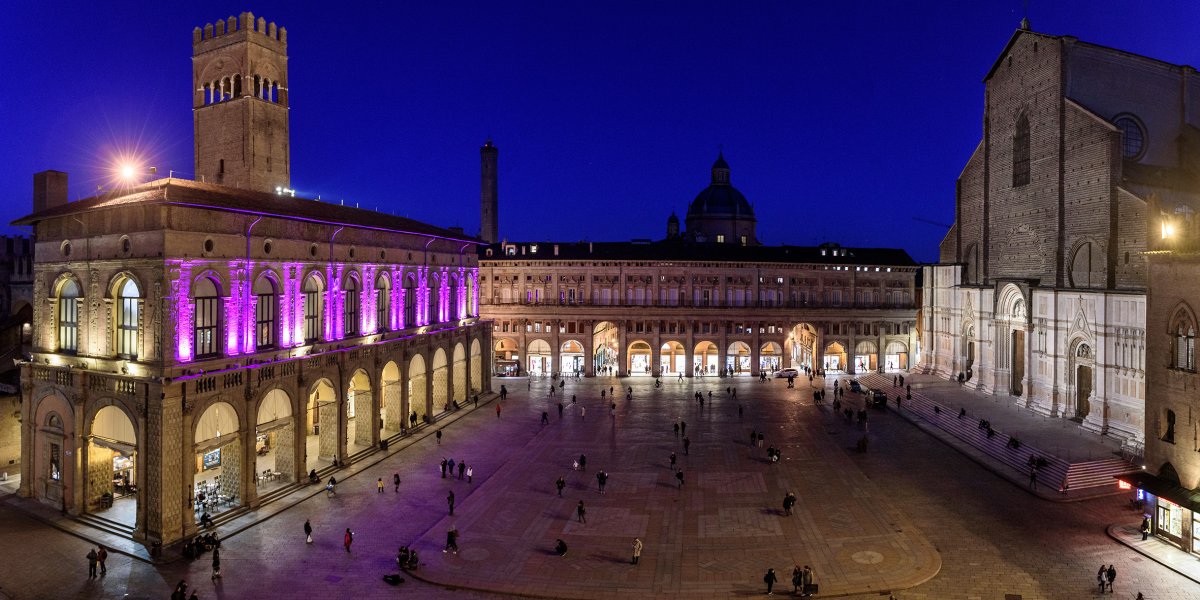 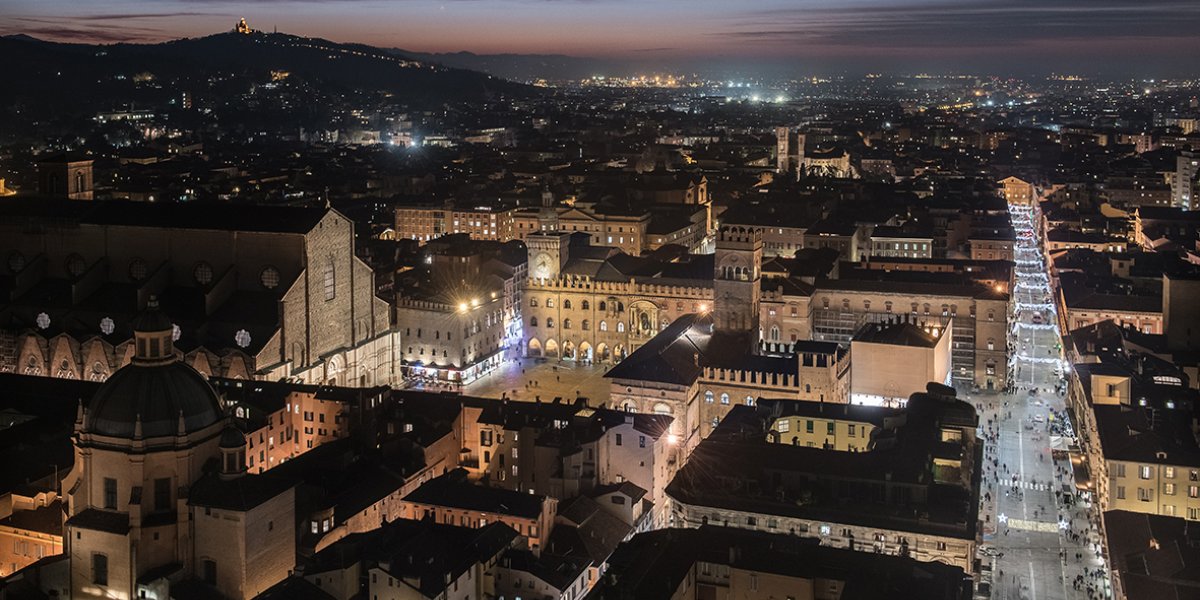 Due to its geographical location, Bologna is a national and international hub for people, goods, cultures and ideas, which have always fostered economic, scientific and industrial development (mainly Technology, Mechanics, ICT services and Creative Industries sectors). In this varied and articulated context, Bologna has a vocation for participatory practices, and the idea of a Collaborative City has been the cornerstone of the urban environment co-design for years. In this framework, the city of Bologna is strongly committed to a number of themes, two of which are Urban Sustainability and Welfare Health and Well-Being promotion, adopting key strategies, policies and action plans to be integrated with further regulatory tools and processes, such as the Energy Plan, the Municipal Structural Plan or the inter-institutional Protocol Agreement on the Promotion of Health.

In 2013, the Municipality of Bologna, by joining the Consip agreement (central purchasing office of the Italian public administration), signed a 9-year service for the management of public lighting which allowed a general requalification of the whole system, transforming it from series to derivation and use of LED technology for the illuminating bodies. Overall, the light centers installed in the municipal area are approx. 50,000, among which 36,000 have been upgraded with LED technology while the rest are wired with high pressure sodium vapor lamps (SAP) or metal halide lamps.

The LED lighting fixtures are all equipped with a point-to-point remote control system with a communication infrastructure in Power Line Communication (PLC), with conveyed wave signal transmission and use of the open Meters and More communication protocol, which allows management and control of every single light point.

Over the next few years, the city administration intends to replace all low-energy installations (SAP and iodide); moreover, upon specific request by the regional law, the city will also gradually replace the oldest LEDs with 3000°K LEDs.

Bologna is an ENLIGHTENme city because

In Bologna, particular attention has always been paid to vulnerable and frail citizens, to the promotion of wellbeing and health, and in general to the involvement of citizens as part of the city co-design processes and activities.

The Welfare and Community Well-being Promotion Department, through its Healthy City Unit, deals with the promotion of health of the local communities with a special focus on more vulnerable population target groups (such as older people, children, teens, young people etc.) as well as with the management of the Steering Committee of the Local Inter-institutional Health Promotion Board, bringing together, thanks to an ‘ad hoc’ Protocol Agreement, representatives of the Municipality of Bologna with representatives of the University of Bologna, of Sant’Orsola City Hospital, of Bologna Health Agency and of the local Board of Education, on tackling health topics. The Steering Committee acts through thematic working groups formed by experts on different health issues including healthy ageing, health and environment, promotion of physical activity, healthy diet, diabetes, cardio protection.

In particular, on healthy ageing issues, the City of Bologna - Healthy City Unit - is coordinating a local project in close co-operation with the city districts and local public and private stakeholders. The project focuses on population aged 65 and over, self-sufficient and partly self-sufficient, and combines the promotion of health through physical activity and memory training with the need to combat, through socialisation, isolation affecting many older people and often leading to depression and to cognitive decline. Twice a week, the project envisages physical activity group sessions and walking groups in the city public parks and other urban outdoor and indoor spaces located in the six districts of the city of Bologna. The project combines strong and consolidated interrelations and synergies between the Municipality - at central level- and its six area districts with public and private realities.

In this context, the Foundation for Urban Innovation interacts with the City of Bologna to implement shared decisions and actively works for innovation in administrative practices and tools to respond to territorial needs. In this respect, citizens are not only passive parties that need to be informed, but also vectors of information, promoters of change, and players capable of studying, proposing, testing, and applying new answers to challenges in the cities.

Acting on the public lighting of the city is therefore part of the commitments that the public administration assumes in respect and in the will to pursue and protect the health of citizens. Given its proven and consolidated experience in the field of participation, the Foundation will lead the activities of participation and co-design, together with citizens and local communities, through Urban Living Labs, physical and virtual places where stakeholders can meet and develop experimental activities and innovative actions together.

Photos by Giorgio Bianchi for the Municipality of Bologna